Build Your Own Complete Home Brew Kit - All in One

From gingerbread to gift filled stockings, mulled wine to decadent meals, Christmas is a time of tradition, and traditionally, we go all out to enjoy it! It’s the time to treat yourself to delicacies you wait all year to indulge in. For the beer lover and brewer, Christmas is all about sumptuous beers, packed full of flavour and character.

Whether traditional or modern, the best Christmas beers are something special and are worth taking your time to sit back and enjoy. Typically sippers rather than gulpers, despite similarities, there’s a wide variety out there. So, if you’re looking for the best beer for Christmas, read on to discover a mix of old classics and modern delights. Belgium is home to a wide variety of superb beers, brewed to traditional recipes, using a range of curious spices and ingredients. With a long and complex brewing history, experienced brewers have created exquisite brews that have stood the test of time and developed true local character. It’s not surprising then, that the brewers of Belgium also like to make something special for Christmas.

The best Christmas beers in Belgium are normally high in abv, typically sitting around 8 — 12%, and packed full of rich, complex flavours. Tawny red in colour, a gorgeous malt sweetness is backed by festive spices, resulting in a rich and flavourful beer that’s best enjoyed slowly. Look out for the following great examples; A short skip across the North Sea takes us to blighty, land of the classic winter warmers and barley wines. Traditional breweries across the land compete to brew the best beer for Christmas, concocting a variety of strong ales, stouts and plum porters. These malt forward beers are typically spiced and come in at around 6 — 8% abv. While commonly available by the bottle, there’s nothing quite like trying them on tap, served cask conditioned in a cosy pub. Here’s a look at some classics: Heading back to the mainland, we stumbled into Germany, a country famous for its love of beer. Beer reigns supreme all year long here and in the surrounding countries, and some of the best Christmas beers in the world are produced and consumed here. Germanic Christmas beers fall under various styles, such as altbier, märzens, doppelbocks and eisbocks, but are generally known as Festbiers or Weihnachtsbier.

Breweries across the land typically produce something special for Christmas, so it’s worth exploring brewpubs and breweries whenever you get the chance. Here are 3 fantastic Germanic Christmas beers to look out for: So far we’ve mostly looked at traditional styles, but there are a number of modern craft offerings that are up there with the best beers for Christmas. Around Europe, craft breweries are opening their doors and brewing ever more interesting ales and lagers.

From the Balkans to the Baltic, the Med to Nordkapp, craft beer is spreading. It’s impossible to list all the best ones here, so check out what’s local to you and you could be in for a pleasant surprise.

There are thousands of excellent Christmas beers out there, tucked away in taverns and inns across the continent. We’ve barely scratched the surface, but the beers above are a great starting point and really are worth seeking out if you can find them! Enjoy, and we hope you find your best beer for Christmas — let us know in the comments! 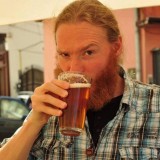 Cans vs Bottles: Which is Best for Beer?

cans vs bottles craft beer Environmentally friendly beer
When it comes to beer, few things divide opinion more than the cans vs bottles debate! Join us as we take a closer look at both options.

Be the first to know about upcoming sales and promos. Get a 10% discount coupon when you subscribe!

Get a sneak peek at upcoming promos and a free cookbook!